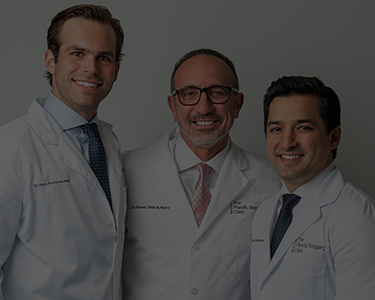 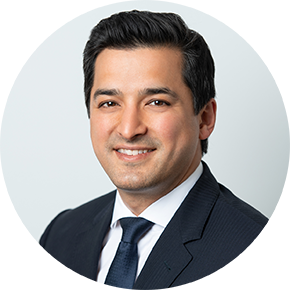 Dr. Jamil Ahmad joined The Plastic Surgery Clinic in 2010. He is the Director of Research and Education at the Clinic. Dr. Ahmad is known for his natural results after cosmetic surgery and is sought after for his expertise in rhinoplasty, facial rejuvenation procedures, breast surgery, abdominoplasty, body contouring after weight loss, liposuction, fat transfer, and revisional aesthetic surgery. Dr. Ahmad is a fellow of the Royal College of Surgeons of Canada and enjoys privileges at the University Health Network, as well as Women’s College Hospital and Mount Sinai Hospital.

Dr. Ahmad is the only plastic surgeon in Canada to complete his plastic surgery residency training at the world renowned, Department of Plastic Surgery, University of Texas Southwestern Medical Center in Dallas. In addition, he completed a fellowship in breast reconstruction at the Division of Plastic and Reconstructive Surgery at the University of Toronto.

During his time in medical school at the Royal College of Surgeons in Ireland, Dr. Ahmad received all three awards in anatomy: the Evatt Memorial Medal, the Stoney Memorial Medal, and the Barker Dissection Prize. Additionally, he won the Silver Medal and First Prize in Physiology during medical school. As a plastic surgery resident at the University of Texas Southwestern Medical Center in Dallas, he was presented the Resident Excellence in Research Award. Additionally, Dr. Ahmad was also awarded the Gaspar Anastasi award from the American Society for Aesthetic Plastic Surgery for research in facial anatomy and facelift surgery.

In 2015, Dr. Ahmad was appointed to the Board of Directors of the American Society for Aesthetic Plastic Surgery (ASAPS), the largest professional society for board certified plastic surgeons specializing in aesthetic plastic surgery. In over 50 years, he is only the second Canadian to ever be appointed to the ASAPS Board of Directors. He also serves as the Vice Chair of the ASAPS Annual Meeting Program Committee and Co-Chair of Premier Global Hot Topics where the latest surgical techniques and technology in aesthetic plastic surgery are introduced. He has received the Best Panel Moderator Award by the Aesthetic Society. He is also an ASAPS Travelling Professor which is one of the most prestigious appointments made by the Aesthetic Society.

Dr. Ahmad has authored more than 120 articles and chapters in plastic surgery, including articles in Plastic and Reconstructive Surgery, Aesthetic Surgery Journal, and the Journal of Plastic, Reconstructive & Aesthetic Surgery. He is the My Way section editor and on the Editorial Board for Aesthetic Surgery Journal. He has published significant work on rhinoplasty, facial rejuvenation, breast augmentation, breast reduction, abdominoplasty, liposuction, labiaplasty, and patient safety during plastic surgery. In recent years, he has co-authored both Dallas Rhinoplasty: Nasal Surgery by the Masters, 3rd Edition and Secondary Rhinoplasty by the Global Masters. These medical textbooks are considered to be the definitive treatises on rhinoplasty and revision rhinoplasty surgery.