Ask Our Plastic Surgeons: What is Tumescent Liposuction? 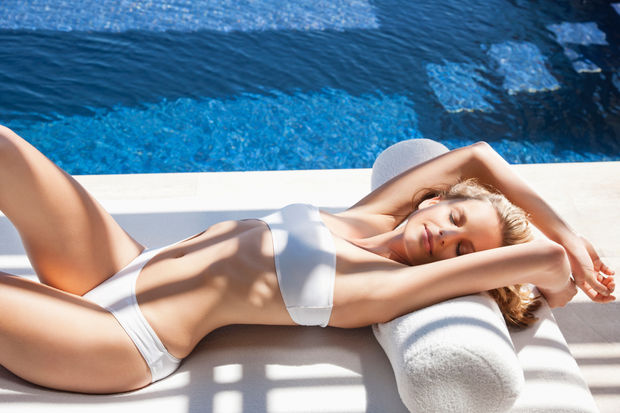 I remember that, when yoga was becoming increasingly popular, my patients would talk to me about what they did to stay active and I could not keep up with all the different names they’d mention. Instead of just plain “yoga” it was hot yoga, power yoga, acro yoga, water yoga, and a lot of other variations I’ve probably forgotten by now. But it goes both ways – these same patients had a lot of confusion about all the trendy names that follow around a really popular procedure like liposuction. Vaser liposuction, tumescent liposuction, SmartLipo, CoolLipo, laser liposuction… it’s easy to get confused in my field, too. So let’s set the record straight, starting with the big one: tumescent liposuction.

A good place to start is to look at the name itself. The word tumescent means swollen and firm. With tumescent liposuction, a diluted solution of local anesthetic, medication, and saline is used to fill the layer of subcutaneous fat. This causes the tissue to become swollen and firm, which allows the surgeon to have a greater level of control over contouring the shape. Because local anesthetic is included in the solution, the patient doesn’t have to be put to sleep for the procedure. That being said, if the procedure is more extensive, a regional anesthesia like an epidural block (the anesthetic used for childbirth) might be more appropriate. Some patients who are having a large volume of fat removed prefer to undergo general anesthetic. These are all important factors to consider and something that we would absolutely discuss during the consultation process in order to create a plan that works best for your needs.

In days long past (we’re talking 30 years ago), one of the biggest risks associated with liposuction was excess blood loss. Many surgeons even required their patients to donate blood several weeks before surgery that could later be used in transfusion during the operation. The tumescent technique is great for liposuction because one of the medications that is incorporated in the solution helps to prevent bleeding and helps lower this particular risk. Studies have shown that the majority of patients lose approximately 15-30 ml of blood (about 1 to 2 tablespoons) with the tumescent technique during large volume liposuction. That’s a massive improvement. Anything that lowers risk and improves comfort provides a big boost to patient care and so that aspect is really integral to our surgical philosophy.

The bottom line is tumescent liposuction helps to decrease bruising and blood loss, increase accuracy, and improve comfort after the procedure. It’s the method used in what we might think of as “traditional” liposuction today and most of those other variations of liposuction still make use of the tumescent technique in some way. It’s the worldwide standard of care and, aside from the usual liposuction risks, it’s been shown to be very safe and effective. As with all liposuction, it’s not a solution for major weight loss and while it will improve stubborn pockets of fat it does not improve excess or sagging skin. Check out our before and after liposuction photo gallery to see some of the amazing results we’ve achieved.

In the future I’ll explain those other types of liposuction mentioned above, too. But in the meantime, I’m always happy to discuss them, their benefits and shortcomings in a free consultation.

Montreal Welcomes Dr. Lista & His Breast Augmentation Expertise
Why Aging in Hollywood is a Game No One Wins