Why Aging in Hollywood is a Game No One Wins | The Plastic Surgery Clinic Blog
Book a Free Consultation
1.866.803.6415

Why Aging in Hollywood is a Game No One Wins 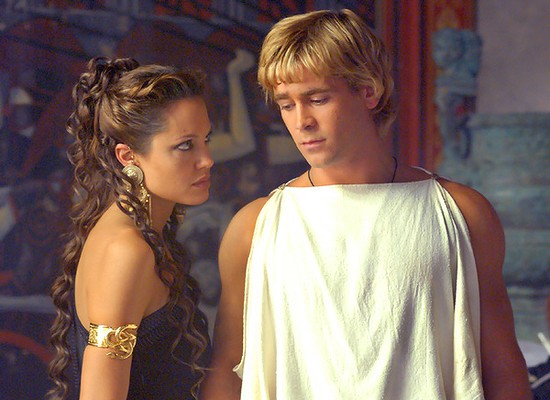 When Kim Novak took the stage at the Oscars this year, the media took notice. They didn’t pay attention because of her award-winning career, including her famous and impressive performance in Vertigo in 1958. As the headlines explained the next day, their attention was drawn to the “shock” of seeing her face. Pictures of the 81 year-old actress were all over entertainment news sites and gossip blogs with accompanying articles declaring that she had had too much plastic surgery, or that she had had the wrong kind of plastic surgery, and that the way she had chosen to manage the aging process was somehow wrong, one way or another. Novak eventually posted an open letter condemning the insults, explaining that every person has a right to do what they’re comfortable with to look as good as they can.

But when you look at the way women over 30 are treated in Hollywood, is it any wonder that they feel compelled to go to any length possible to maintain a younger appearance? A recent blog post from New York magazine revealed an incredible disparity between actors and actresses, paying particular notice to the inappropriate age gap for women cast in the roles of mothers. Once women in Hollywood reach a certain age, it seems as though they’re re-categorized under an ambiguous umbrella simply understood as “old” and are often relegated to “mom roles” alongside actors who are sometimes less than a decade younger than they are.

In the new move Tammy, for example, 67 year-old Susan Sarandon stars opposite 43 year-old Melissa McCarthy. The 24 year age difference between the two could make sense for a mother-daughter pair. In this case Sarandon plays McCarthy’s grandmother. Allison Janney, the 54 year-old actress who plays Tammy’s mother, is only 13 years younger than Sarandon and 11 years older than McCarthy. As Kyle Buchanan explains, the absurd hypothetical male equivalent would work if “the 34-year-old Jason Segel starred in a comedy … where his father was played by the 48-year-old Ben Stiller and his grandpa was played by the 57-year-old Tom Hanks.”

In Forrest Gump, Sally Field is barely 10 years older than her onscreen son Tom Hanks, who played her romantic interest in a film earlier in her career. In 2009’s Star Trek, Winona Ryder is a mere 5 years older than the actor who plays her son. Unbelievably, in Oliver Stone’s Alexander, Angelina Jolie plays Colin Farrell’s mother, despite the fact that they were born one year apart in real life. If the actor who played Farrell’s father had been born in the same year as Jolie, hypothetically Bradley Cooper could have filled the role. Can you imagine a scenario in which it would seem believable or reasonable for Bradley Cooper to play Colin Farrell’s father?

We’re lucky that we’re not stuck with the precedent set by casting directors. When there’s such an immense pressure to stay as young as possible as with the entertainment industry, it’s not surprising that women feel like they have to take drastic measures and opt for unnatural looking cosmetic treatments in order to do so. We feel fortunate to live in a cultural climate where we can propose a different approach to anti-aging and advocate for a philosophy focused on natural looking results. We understand the importance of realistic expectations; it’s important to recognize that there is no way to stop the clock entirely. But what we can offer is a wide range of techniques, from non-surgical treatments to long-lasting surgical anti-aging procedures, that address the visible signs of aging to create a refreshed, rejuvenated appearance. We want our patients to look like themselves at their best – not like an impossible youthful standard.