Kate Hudson on Plastic Surgery: It’s Time to “Stop Being So Judgmental” 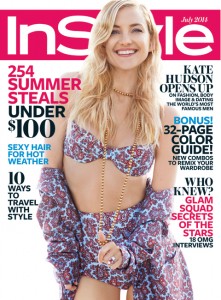 We hear it all the time, don’t we? On gossip blogs or in tabloid magazines, “major authorities” are always ready to speculate about who’s had what: which singer has breast implants, which actress has had Botox, or which famous woman has had any imaginable kind of cosmetic procedure. Never mind that these authorities have almost certainly never seen any of these people in real life, let alone treated them, it seems like there’s always someone ready to scrutinize women’s bodies to sell magazines. We live in a culture where this kind of uninformed conjecture has almost become sport. It’s no wonder women in the public eye are reluctant to talk about their personal experiences with plastic surgery when they know the negativity and level of judgement that surrounds the topic.

Someone who has an inside perspective on what this level of scrutiny is like is Kate Hudson. Appearing on the cover of the latest issue of InStyle, she opens up about what it’s like to be followed by photographers 24/7 and how she is all too familiar with the game of “spot the plastic surgery” played by gossip bloggers. “The negativity is just so vast. Will everybody stop being so damned judgmental?” she wonders. “If someone wants to go get butt implants, then sure, go get butt implants. The real question is, How do they treat the person next to them? Are they a—holes or are they awesome?”

And as far as plastic surgery goes, Kate believes everyone should be entitled to make private decisions for themselves without having to answer to anyone else. “That’s like asking someone if they see a therapist—and why.”

What a woman chooses to do for herself should be her business alone. Whether she wants to wear makeup, dye her hair, or have plastic surgery (or if she prefers to do none of these things!) she should be able to feel like she can make the right decision for her own circumstances and desires without having to explain herself.

As a renowned plastic surgeon with decades of experience in the field, Dr. Lista is frequently approached to offer his opinion on all kinds of topics in the media. He’s always happy to share important information, facts, and statistics that can help people become better-informed about everything from skincare to cosmetic surgery. But there are some appearances he’s just not interested in making. “I often get asked by media to talk about celebrities and always refuse,” he explains. “It’s just not nice to speculate about people and what plastic surgery they have or haven’t done. It’s just not cool.” 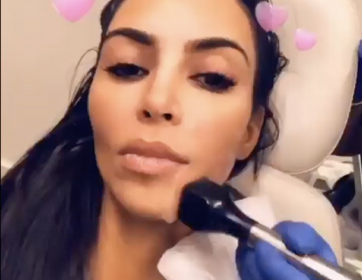